Last year we had around 35 developers for the Mobile Developer Week event, this time We had a great response from developers, nearly 75 developers showed up for the event. This shows the tremendous growth in the Salesforce developer community in Chennai.

RajaRao salesforce developer evangelist traveled to India from San Francisco to present about Salesforce1 platform and its best practices. It was a very informative and helpful session for the developers to build an optimized application in Salesforce1. Here is the slide

Congrats to Shivanath, for recently being named as a Salesforce.com MVP, also joined this event. Thank you Shiv for joining us.

Fun times:
Salesforce Developers who joined this meetup showed off their Salesforce1 expertise during trivia and the winners bagged with them the lovely salesforce goodies. A round of applause for our winners. The community also won goodies for the most tweets using #s1devweek hash-tag. Happy to see the developers active participation in the trivia as well as in twitter.

The beautiful thing about this meetup is that it gave the developers in the community the chance to come together and network with each other. Developers from different companies met RajaRao and showed their interest on Salesforce1 and took some snapshots with him. 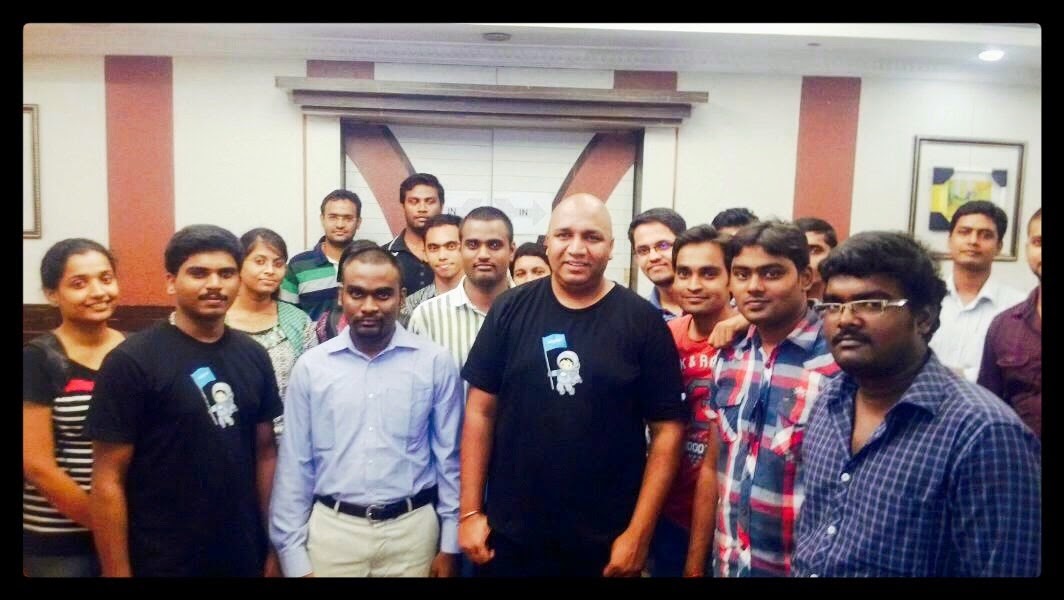 I would like to thank Raja Rao for traveling to Chennai and made this event a very successful one. He did his presentation on May 10th in Bangalore and in the morning flight he came to Chennai. This really shows his interest to meet developers and spread the knowledge of salesforce.He did a back to back presentation in Bangalore and Chennai.I would like to thank April Kyle Nassi for sending awesome goodies and helping lot to organize this event.

I would like to thank all attendees for participating in this event and made this event a success. See you all again in the next meetup.If you like to join us in the upcoming meetup, please join us here.

September 24, 2017
Create your custom path for picklist field in any standard and custom objects. The new lightning picklistpath component in Winter18 helps us to display the picklist field progress similar to the lightning path. The path is rendered as a horizontal bar with one chevron for each picklist item, this component doesn't have key fields or guidance information and doesn't display the mark complete button similar to the lightning path.  <lightning:picklistPath aura:id="picklistPath" recordId="{!v.recordId}" picklistFieldApiName="status" / > The picklist path will display the progress based on the recordId and picklistApiName attribute value. Specify the API name of the picklist field in the picklistAPIName attribute which you want to display in the page layout and specify the Salesforce record ID in the recordID attribute so it renders the current value for the field in the page.   In this example, the status field in the case object disp
3 comments
Read more